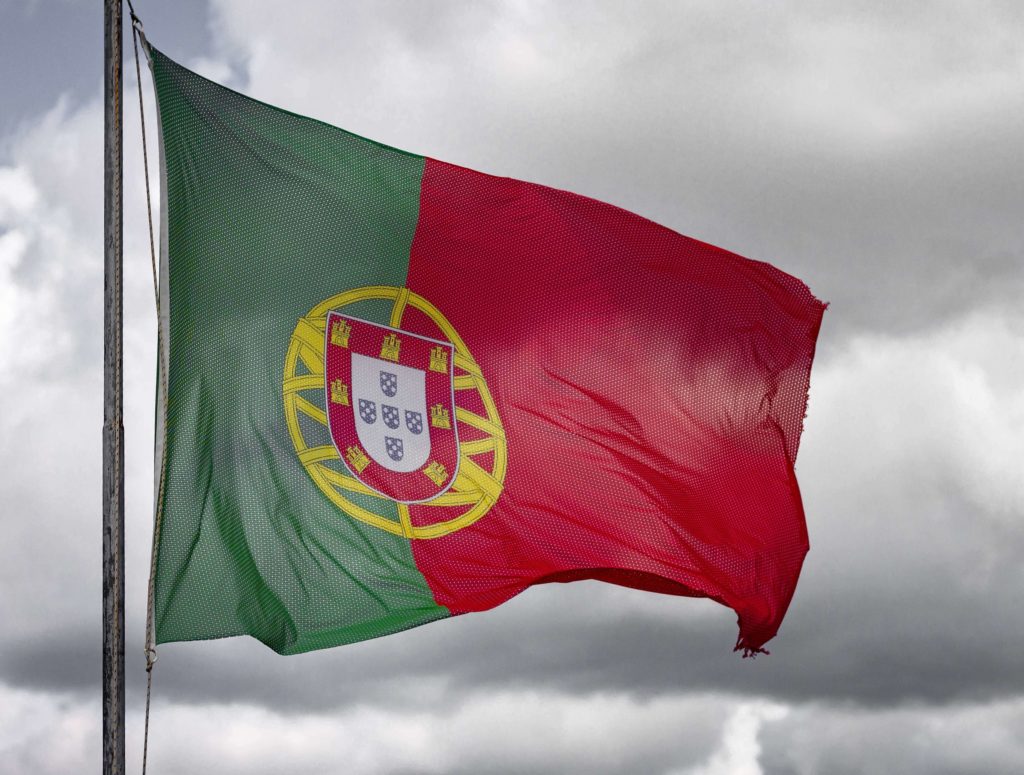 I woke up at 06.30am, I could not see much outside as it was still dark. That wasn’t a good sign as I expected it to be blue skies and right but being dark only meant clouds! It did look a little bit damp out there when I got up to have a look. Today we were supposed to be shown around the Algarve by the Harley Davidson riders from Portimao but they cried off because of the weather. I can’t blame them for not wanting to ride as they would need to spend a full day cleaning if they got their pride and joy wet. This now meant that an alternative plan was going to be set into action.

We set off at 07.45am once it was light and had a steady ride to Park Algarve, the race track up in the hills north of Portimao. It was only about a 20 minutes ride away from where we were staying, we arrived there in good time considering the awful weather conditions early in the day, the roads were described as a grip level of ‘soap’. Just what we wanted on our last full day in the Algarve.

As we headed towards the outer perimeter of the track we were stopped at a gated area and told we could not go any further, top secret testing for the next four days. Oh, how wonderful, a trip up here to have a look and we were turned away! We took the opportunity of a photo shoot and some guy came over to Steve and said give me your camera, hesitating and reluctant to give his phone to a stranger he asked “why?” The guy responded “Because you must all be in the photo”! We all had a laugh at Steve’s expense and had a few pictures taken of us all by this Portuguese chap who had been wandering past.

After we’d had a little look around the souvenir shop we decided to try and find a mechanic we had been told about the day before. We rode to Portimao and ended up back at the Kawasaki shop but next door to it was a tiny little garage with a few older bikes outside. We spoke to a Portuguese chap called Sergio and he told us he had seen us yesterday talking to the idiots next door. He had worked there and had left because they were not very good, he only went and set up his own business right next to them – what a cheek I thought.

We thought that, just in case the diagnosis over the phone from the UK was not correct, we would just get a second opinion. It turned out that there was nothing to worry about and it was the cam chain tensioner that was not playing properly, so the diagnosis was correct. That put Andy’s mind at rest and meant he would return to the UK riding his bike with the rest of us.

Before leaving we found a little cafe around the corner for another Toasta Mista and a Galoa (milky coffee in a glass). The weather had started to change now, it dried up and yet another dry day was in order for a great ride around the Algarve. We were stopped by an ex-pat who told us a good road that we should ride, which was on our way anyway, so we decided to give it a try.

As we headed West towards the End of the World (Cape St Vincent) the roads were dry, twisty and fast. It is referred to as the end of the world because in years gone by when the world was flat, people would come to this place and think they had come to the edge of the world. Of course, when they started to sail, they changed their mind but it is still referred to as that, even today.

Each of the riders had a turn in front and we made our way to some sheer cliff faces where crazy fishermen were standing looking over almost 100 meters to the sea where they had their fishing lines. Crazy bloody idiots, we were too scared to get within 10 yards of the edge, never mind look over while trying to catch fish! No wonder line caught fish from this area is so expensive, some of these guys actually fall in and are never seen again.

After our photo shoot we set off for a great road up the west coast and then inland towards the Monchique mountains. The road we were told about was found easily and as we set off it was evident that this was a brand new road surface, fast. twisty and rewarding for all riders. It took us deep into the Monchique where we headed for a local restaurant for Chicken piri piri and chips. This is another local speciality, it makes my mouth water even now just thinking about it, hmm hmm…

After a lazy lunch we headed for some more roads in the mountains, full of twisties before heading back to base for a late afternoon beer around the pool. While we were out on the ride, I turned around to see where all the guys were as we were a bit spaced out but as I looked forward I veered off to the ride and dropped off the road. It was about 12 inch drop onto a load of shingle all down the the right hand side, luckily there was enough runoff and a way to get back onto the road without stopping. A few minutes ago, it would have been quite different as there were sheer drops that would have had a different outcome. There’s another life gone!

We were going to be leaving early the next day, so it was a chance to pack some of our kit away and prepare for our departure. Of course, I had a great restaurant lined up for the final evening, a traditional Portuguese place that specialises in fish on the bbq.  They do other things too but this place has a reputation for bbq’d fresh fish. I always have a sea bream when I go there, it is grilled to perfection, the starters are always good and I prepare to eat the local clams from the estuary with a good bottle of white wine.

A wonderful meal was had by all, cheap in comparison to rip off Britain, with wine and beer swilling the food down wonderfully. Heading back now with heavy hearts as we knew this was almost the end of the trip in the Algarve. We had a latish night and were ready for a good night’s sleep.

The first part of the day was wandering around, the steady ride to the race track was on a bug dual carriageway and back again but as we rode to the west coast the roads became more pleasing.

The riding today was observed riding with training and guidance. The weak areas were discussed and taken on board and the riding ability was improving by the day. It is really hard not to improve riding skills when you spend all day on a bike and are given some education on ways to improve.

It really was a pleasure watching the levels of ability increase and riding getting better by the hour the more people gain confidence. The problem for me is always to hold them back a bit so that they don’t become complacent or cocky and end up having a problem.

As in life, there are moments riding when you pause at a…
Learn More
PrevPreviousPortugal Day 5 – Rest Day
NextPortugal Day 7- Alvor to GuardaNext